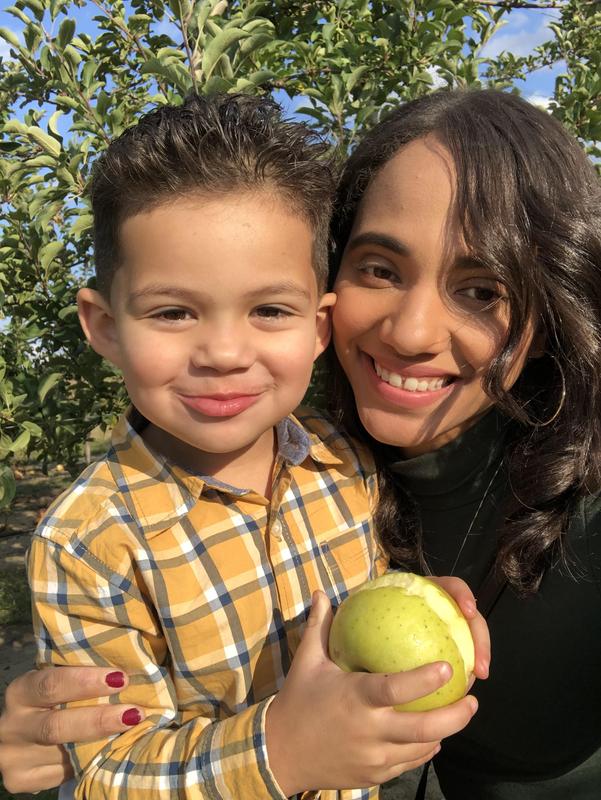 Milsy’s CPS story began in 1998 when she and her brother entered Holy Name School as Kindergarten students. Their parents had separated a few years prior and their mother who was working two jobs was desperately seeking a safe, loving environment for her children. After doing her research, she ultimately decided that Holy Name was the place she would feel most comfortable having her children attend while she was working long hours.

Their grandparents were their support system and a move to Miami led to Milsy and her brother heading to Miami for 2nd and 3rd grade.  The family returned to Camden in the summer of 2003 and Milsy and her brother returned to Holy Name for 4th through 8th grade.  The return to her beloved school made her feel as if she were back home with family - with people who truly cared about her well being and who shared in her successes, happy moments and heart aches.

In 6th grade, Milsy’s mother remarried and within ten months, her step-father was killed in an automobile accident.  It was during this time that she relied on her Holy Name family the most.  She remembers vividly that the principal cried with her and her brother and that the entire school  mourned with them.   She remembers not wanting to stay home but needing to go to school and be with the people who had become her family.

There were many teachers and staff who she held in high regard but Mr.  Naulty really struck a chord.  Milsy remembers him spending his free time with the younger students to try to get to know them before they would enter 6th grade.  He would color with them and provide valuable life lessons.   When she was in 5th grade, Mr. Naulty said “Milsy, don’t you ever change.  Don’t let anyone change who you are.”  That is something that she has repeated to herself over and over through the years.  She remained true to herself during her teenage years and beyond and is grateful to Mr. Naulty for his message which carried her through many difficult situations.

While Milsy’s choice would have been to attend Camden Catholic, her mother could not afford to send both her and her brother, so off to Camden Academy Charter High School in Kramer Hill she went.  While her high school experience was fine and prepared her for what was next in life, she missed the faith aspect and the family atmosphere provided by a Catholic school.  So when an opportunity arose to join CPS as a School Secretary, Milsy inquired.  After touring which was then Saint Anthony of Padua School with Dr. Mary Burke and  spending three hours with Sr. Karen Dietrich and Beverly Arthur, that family feeling overwhelmed her once again.  She knew that she wanted to come “home” to CPS.

Milsy enjoyed her time at Saint Anthony’s and continues to work at the Community Learning Campus at St. Anthony’s as the Executive Assistant.

She has fond memories of “Teacher Appreciation” week in which some students would ask to write a letter to “Miss Milsy in the office.”  She enjoyed her time on lunch duty being outside with the students teaching them how to jump rope and to do the double dutch bus.   But her fondest memory and CPS tradition is the Dreams Event.  Everytime she attends this event, she cries.  She witnesses CPS students sharing their talents - singing, dancing and playing musical instruments.  When she looks around the room, she sees the look in their parents' eyes and imagines that they’re thinking - Wow! My child will not be a statistic of Camden.  They will use these talents and the moral compass provided by CPS to do great things!  They will break the cycle.

That look in those parents' eyes was a contributing factor for Milsy and her husband choosing to send their son, Austin, to the Dual-language Pre-K program at the Community Learning Campus at St. Anthony’s.  Witnessing her son learn the “Our Father” in Spanish in just one month, seeing him thrive  and that overwhelming feeling that he is safe, loved and supported reminds her of what her mother was feeling when she dropped her off at Holy Name School 22 years ago.  The sense of family and community has come full circle.