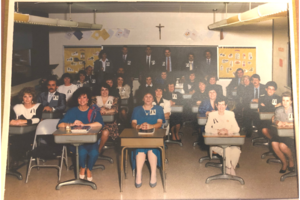 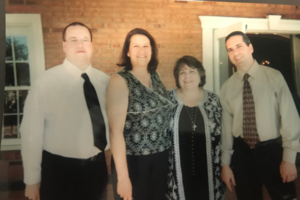 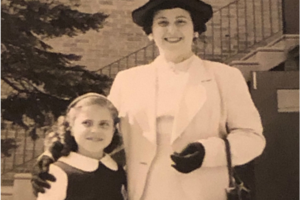 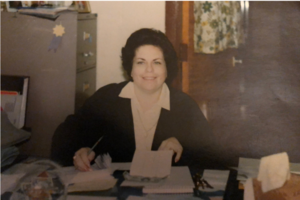 Jo’s story with Saint Cecilia school begins when she entered Kindergarten in September of 1952.

At the time, the “new” church was in the process of being built and a new wing of the school was in the works.  Jo remembers vividly the classrooms being full to capacity, yet the students learned how to be respectful of their teachers and classmates, making it easy for them to learn in large groups.

While she attended Saint Cecilia’s with her siblings and cousins - a few of whom were in the same grade - Jo always remembers the school feeling like a family.  Her classmates were tight knit and many would remain lifelong friends.  There were also many teachers whom Jo considered family, in particular Mrs. Mangano (pictured), who she continued to stay in touch with until she passed away a few years ago. School bazaars, cleaning the convent, and making sacraments were some of Jo’s fondest adolescent memories.


After spending 9 years at Saint Cecilia’s, Jo went on to graduate from Camden Catholic High School.  After high school, she took the Civil Service test and worked for the Marine Corps, where she met her husband. Jo was married at Saint Cecilia’s and decided to  stay in the neighborhood to raise her 3 children, all of whom attended...yes, you guessed it, Saint Cecilia School.

Jo was an active member of the PTA and helped organize the bazaar and many school events that she loved so dearly as a child. She was eager to be an active part of the school community and wanted her children to have that same family feeling she had while attending Saint Cecilia’s.

In November of 1981, an opening for a school secretary became available and Jo was offered the position.  After careful consideration and a family meeting, she decided to go for it!  What better way to become more involved with the school and community she was so ingrained in over the years.

Four and a half years after taking the position, Jo’s family was devastated by the sudden loss of her husband.  The Saint Cecilia community rallied around Jo and her 3 children.  She remembers the police escort and a line of people wrapped around the corner to pay their respects and to provide comfort for her family.  This support would help her get through this dark time.  Over the next several years, the community rallied around Jo as she was diagnosed with cancer.

As you can imagine, Jo has become a pillar at Saint Cecilia.  She has gotten to know all of the families, many who bring their children back to be educated at their alma mater; a testament to the wonderful education the school has provided for over 90 years.  These families are like family to Jo, and when her cancer returned a few years ago, the school community felt the loss of her presence in the front office.  Jo would not be able to return to school for a birthday celebration that year. So instead, the school went to Jo.  Yes, the entire school walked to Jo’s home and sang “happy birthday” to her from the front door steps.  That’s just what they do at Saint Cecilia’s.  If one of the family is missing, the loss is felt by everyone.

She continues to be involved with her alma mater, being a chairperson for Jerry Blavat’s “Oldies Night,” fundraising for the school she loves so dearly.

Praise the Lord, Jo is back at work, and will celebrate 39 years of service at St. Cecilia’s this upcoming November.  Please join us in congratulating Jo and thanking her for her commitment to our school community.