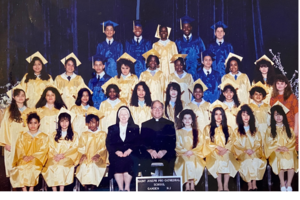 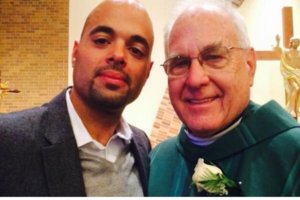 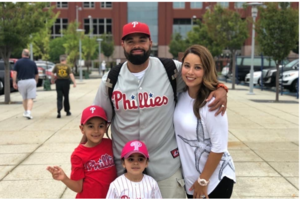 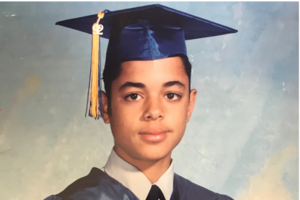 Osvaldo entered Saint Joseph Pro-Cathedral school as a 4th grade student. His mother and father moved to Camden in the early 80s and were educated at the 3rd grade and GED levels. While they had not completed much schooling, they understood the importance of a quality education and especially one that was rooted in faith.

They quickly learned that Saint Joseph Pro-Cathedral would provide their 4 children with the support they needed to grow in faith and to achieve their academic goals.

Osvaldo quickly found mentors in both his 5th/6th grade teacher, Mrs. Shiflet, who later became Principal and Monsignor Bob, who became a mentor, moral compass and then later, a friend. His fondest memories were being an altar server, playing basketball and the activities the school provided during his 8th grade year which helped nurture an already close knit group of students.  He remembers feeling that his teachers truly cared about him, were warm and pushed him to succeed.

His high school years were spent at Bishop Eustace Prep. During those high school years, Osvaldo stayed connected to Saint Joseph’s where he found another mentor, Evelin Roman, who would become like a big sister.  She became his sounding board and encouraged him to get involved in the community youth group and helped him to continue to grow in faith.  During this time, Catholic Partnership Schools remained a constant in Osvaldo’s life. The CPS family support team would reach out to him to track his progress and to maintain an active relationship.

Osvaldo went on to graduate from Rider University with a degree in History and from Saint Peter’s University with a Masters degree in Educational Leadership.  After graduation, Osvaldo reached out to his friend and mentor, Monsignor Bob, who would hire him as a teacher at Saint Joseph Pro-Cathedral school - he had returned to his roots!  During that year, Monsignor Bob would continue to mentor him as a young adult and to provide guidance which would ultimately lead to Osvaldo returning to Bishop Eustace Prep High School as a teacher for the next four years.

After spending a few years teaching in Saint Croix, with the Jersey City and the Newark Public School Districts, he landed a position as an Assistant Principal in the Passaic School District, providing leadership to an underserved community.  His goal is to give back to the community and to provide a valuable education for his students.  Osvaldo resides in Jersey City with his wife of almost ten years and his two beautiful children.

We are undoubtedly impressed with the man Osvaldo has become and are proud to call him a CPS alum.